Get your Team Packs! 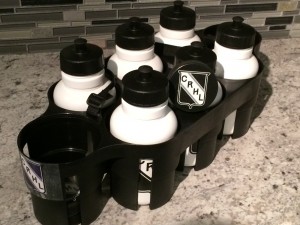 The promised team representative packs provided by Capital Recreation Hockey League and Pro Hockey Life have arrived and have been assembled. The Convenor will be at the Bell Sensplex in Kanata Sunday, September 21st from 8pm-11:30pm to give the packs to the teams that are playing as well as be available for team representatives to come visit and pick them up. For East teams, Kanata can be quite the trek, and I’m not about to make you journey all the way out to Kanata again after the team rep meeting (where you were supposed to get the packs in the first place). I will make sure to hand deliver the team packs to East teams at their games and you will have your team pack before the regular season begins!